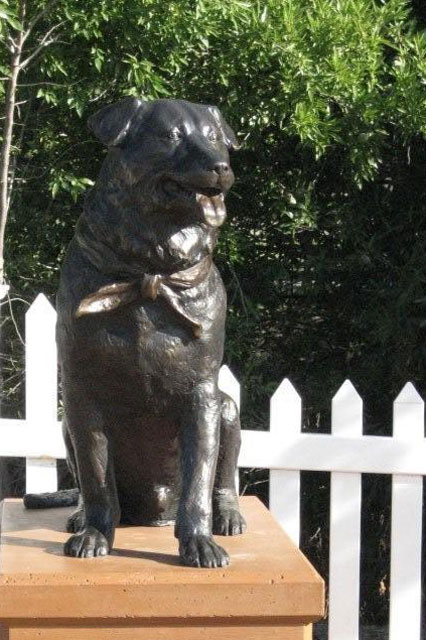 Bosco the Dog Mayor was a Black Labrador/Rottweiler mix who, believe it or not, was elected Mayor of Sunol California in 1981. Bosco’s name was put on the ballot as a bit of a joke but he beat out his two human opponents to become Mayor and town Mascot.  He even became the controversial subject of a Chinese Communist Newspaper as proof that democratic elections don’t work.   Bosco died in 1994, but his bronze likeness by Lena Toritch was erected in 2008 as a lasting tribute to the dog Mayor. It features his signature kerchief and licking tongue eager for a treat or a scratch behind the ear.

“It was so much fun working on this project. There were not many photos of Mayor Bosco but plenty of good stories to fill the blanks. I enjoyed meeting the Sunolians and fell in love with their friendly town.”

Bosco the Dog on Wikipedia 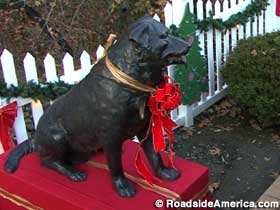 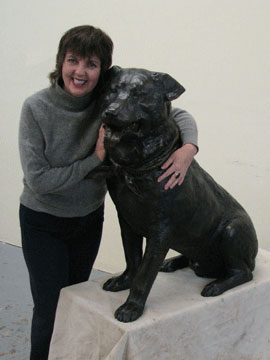