Step back in time, sit down for a moment and listen in while two great religious leaders – Brigham Young and Joseph Smith — discuss the issues and challenges of the day. Pose for a picture and interact with these two remarkable likenesses of  Prophets of the Church of Jesus Christ of latter-day Saints. These two visionaries are locked in an animated conversation. Members of the faith will instantly recognize LDS President Brigham Young and the founder of the faith, President Joseph Smith. Toritch consulted with church historians to accurately depict the clothing and furniture of the day. She carefully examined many photographs and paintings of the men as she skillfully crafted these portraits. Her custom bronze portraits of Young and Smith go beyond the physical likeness to capture the life, vitality, spirit and leadership of these early Mormon pioneer Church Presidents. Joseph Smith founded the Latter Day Saint movement. In 1830, when he was 24 years old he published the Book of Mormon. When he died 14 years later, Brigham Young became President of the Church of Jesus Christ of Latter-day Saints and led throngs of Mormon pioneers west to Utah. He founded Salt Lake City and served as the first governor of the Utah Territory.

“To sculpt this historically accurate portrait required extensive research and consultations with an historic clothing expert. I was able to obtain rare photos of Smith and Young from the archives which helped me depict the emotional depth and character of these two prominent religious figures.” 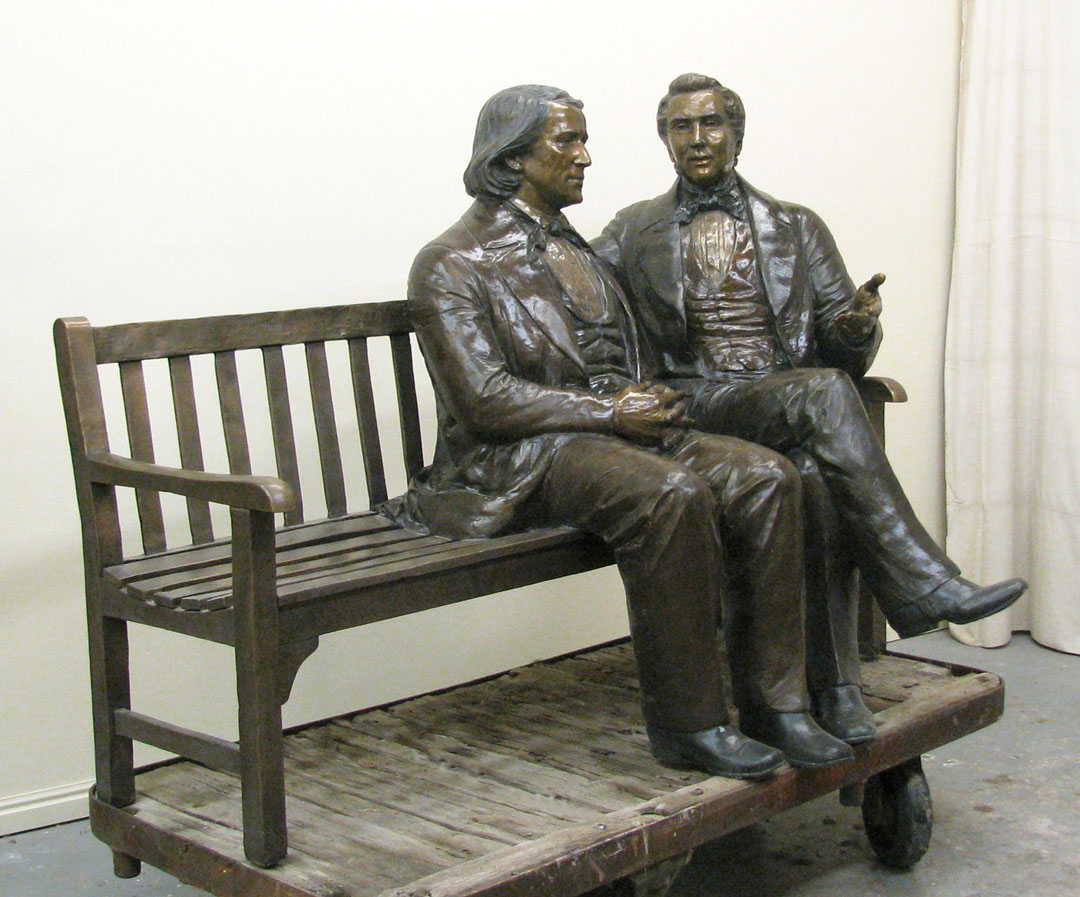 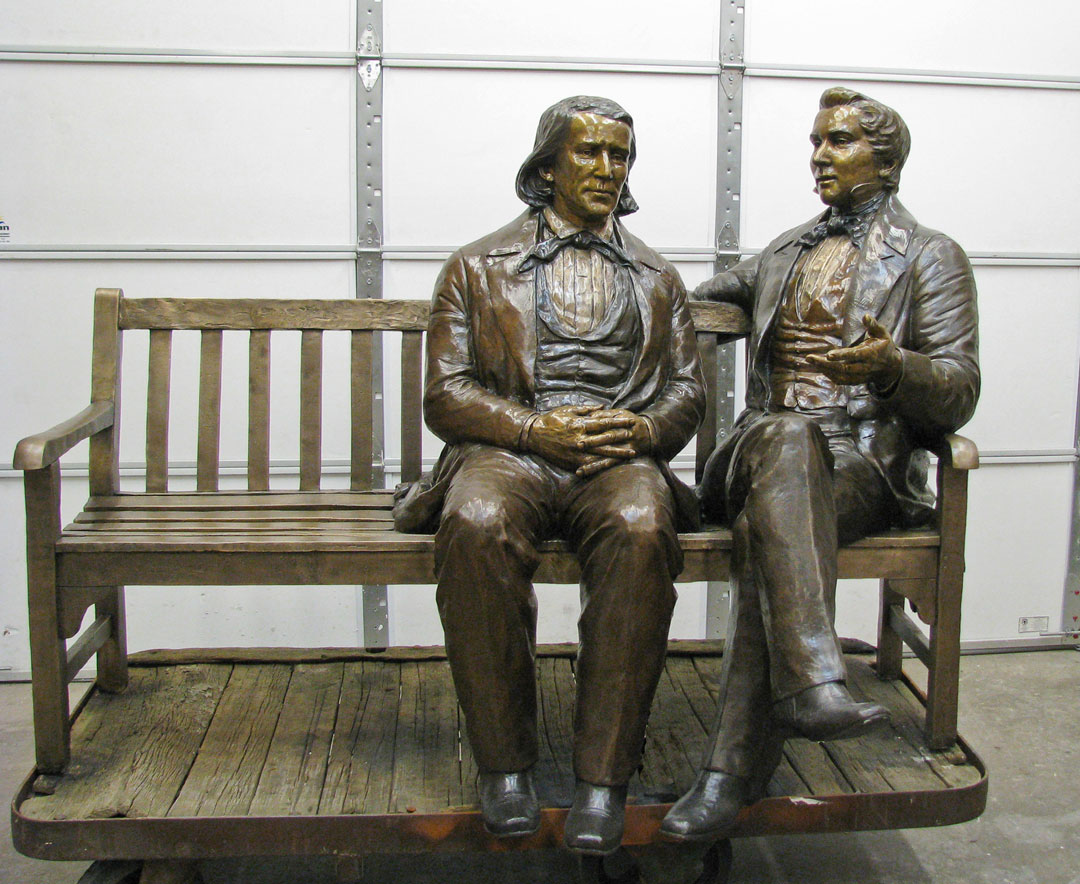