Lampo the Traveling Dog is the main character in an Italian Book written in 1963 and also the subject of a marble statue at the main train station in Campiglia Marittima, Italy. Toritch was commissioned to do a custom bronze portrait of the famous Italian dog for an Australian man who was enchanted by the dog’s story. The mongrel was born in the United States and taken to Italy in 1953 as a puppy by American sailors. He was adopted by Elvio Barlettani, the assistant station master and author of the book. Lampo loved to travel on trains. He knew the schedules and somehow managed to travel around the country but always managed to find his way back to Campiglia. It is said he made over 3,000 trips. Lampo means in Italian, “flash of lightening.” He is quite famous in Italy. And now, with Lena Toritch’s life size bronze dog monument of Lampo the Traveling Dog, his story has spread to the United States and Australia where the monument is located.

Lena jokes that Lampo in his bronze portrait statue form continues travelling as much as real Lampo did. This life-size bronze dog traveled across the ocean to keep his new owners company in far away beautiful Australia. 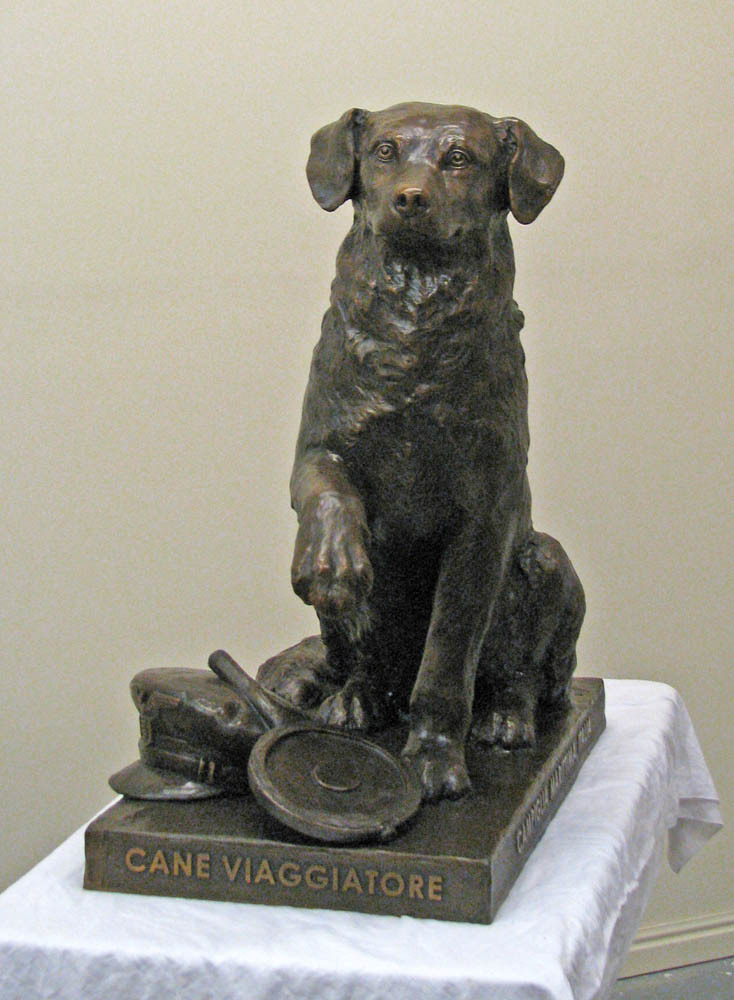