Corporal David M. Sonka and his MPC Flex were assigned to 2nd Marine Special Operations Battalion, Camp Lejeune, N.C.. On May 4, 2013 while conducting combat operations in Farah province, Afghanistan, Cpl.Sonka was killed along with Marine Staff Sgt. Eric D. Christian. Sonka’s working dog, Belgian Malinois Flex, was also killed in the attack, reportedly in an attempt to save the Marines.

A life-size bronze statue of a MARSOC multi-purpose canine in front of the kennel facility depicts an alert Belgian Malinois. The K9 is wearing a full deployment kit, and just like K9 Flex,  is ready to spring into action. The statue honors fallen MPC Flex and all military dogs that serve and protect. 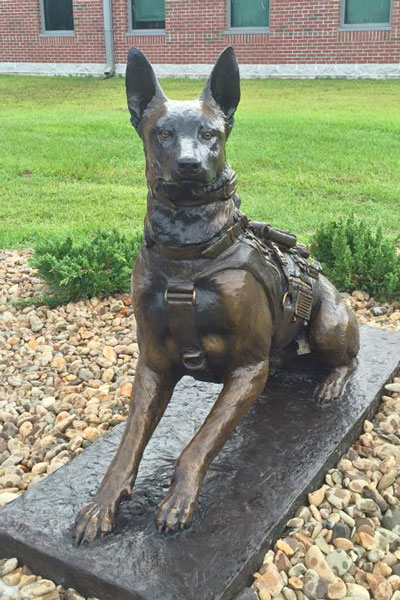 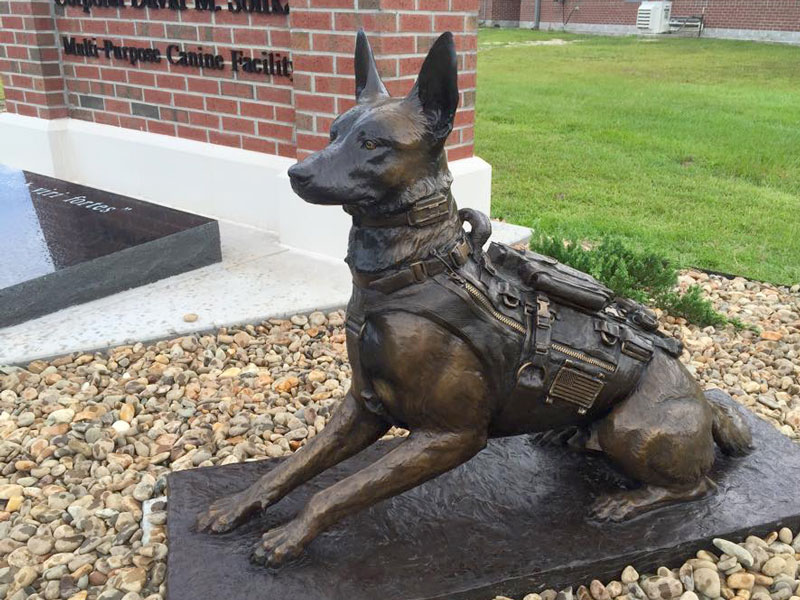 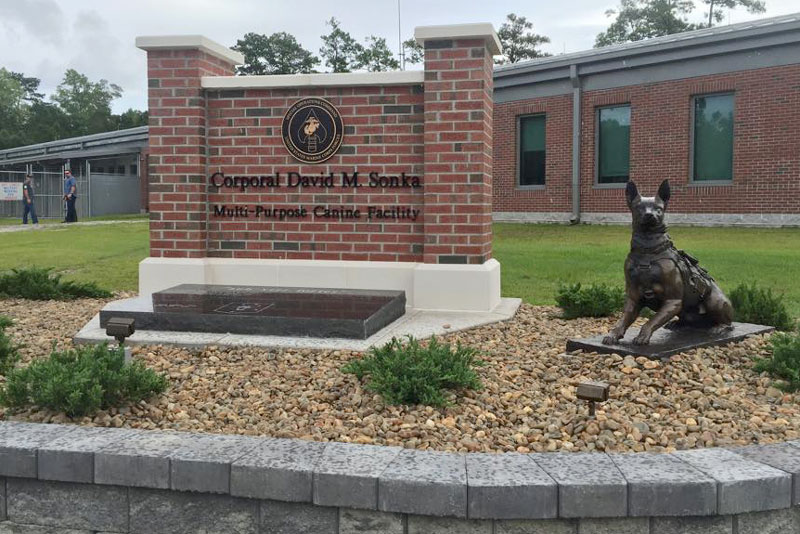 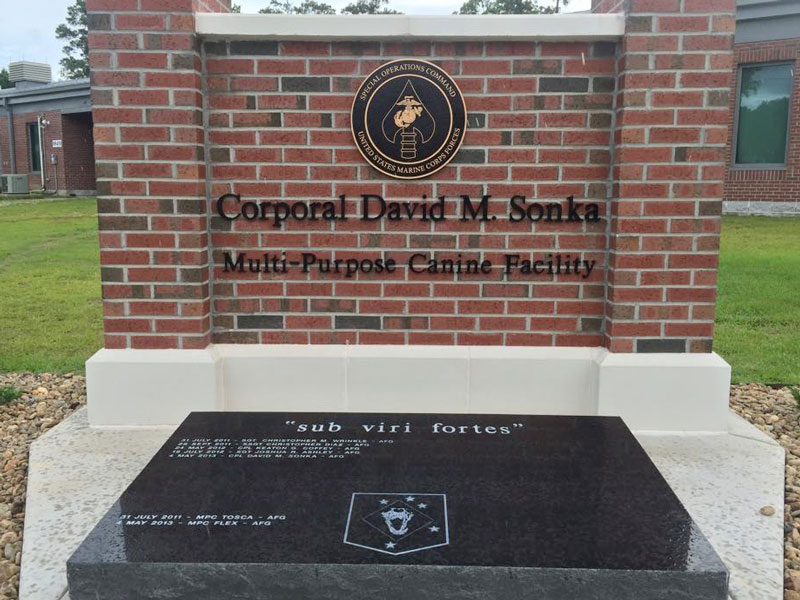 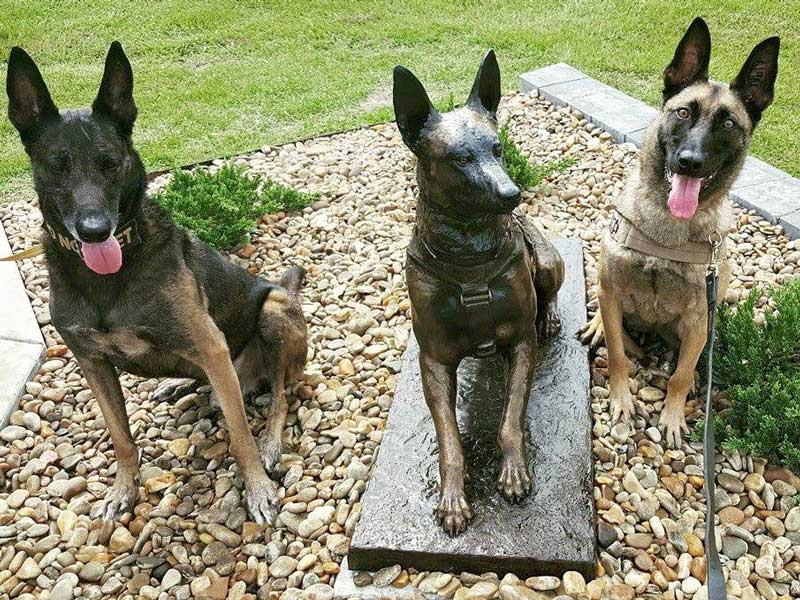