Orrin Porter Rockwell was known as a Wild West mountain man. He was the bodyguard and personal friend of LDS Church Presidents Joseph Smith and Brigham Young. Smith gave a prophesy about Porter Rockwell saying that he need not fear any enemy as long as he remained faithful and true to his faith. Smith also told him not to cut his hair and no bullet or blade would ever harm him. As a religious enforcer and Deputy United States Marshal, Rockwell was said to have killed as many men as a gun fighter. Rockwell died of natural causes in 1878. 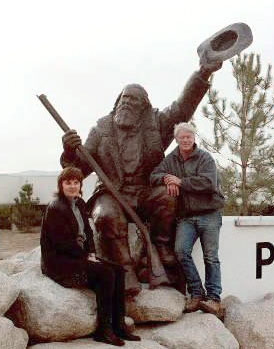