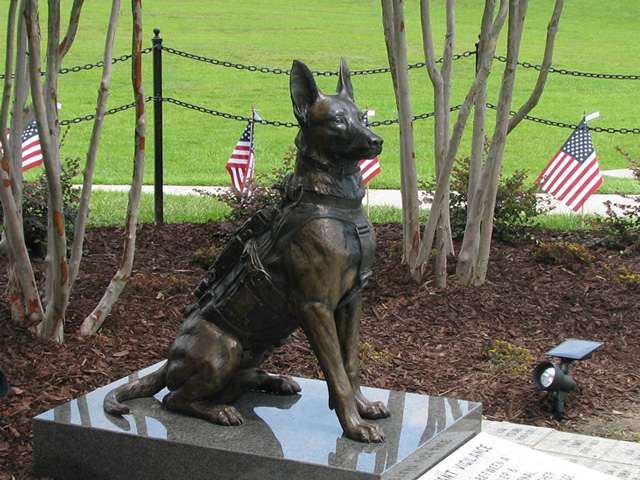 Master Sculptor Lena Toritch has created several SOF K9 Military Dog Statues for different branches of the US Military. The statue was a Special Operations Force Dog – known as SOF – for the Airborne and Special Operations Museum Foundation in Fayetteville North Carolina.  The bronze monument depicts a life-size Belgian Malinois wearing his full deployment kit.   The monument is a symbol of respect and mourning for SOF dogs who have died in the line of duty.    Each of those dogs is represented by a paver that is placed at the base of the statue and includes the dog’s name, and the year/theater he which he was killed.  The SOF bronze statue by Lena Toritch was the first monument in the world depicting this type of a military dog. Call (801)359-2451 to order your custom bronze SOF K9 or bronze MWD (Military Working Dog) statue.

SOF dogs are called “super dogs.” They are trained to jump out of a plane and float to the ground with their partner. They can track and seize the enemy in the most difficult conditions.  They are called multi-purpose canines, MPC. (Not to be confused with military working dogs known as MWD).

SOF K9 Memorial Foundation continues its work by helping SOF K9 Handlers remember their canine partners by assisting with the purchase of memorial plaques, photos, headstones or anything else the handler would like to memorialize his partner. The statue was dedicated On July 27 2013 ten years after the multi-purpose canine MPC, Ivan, was killed in Iraq. Watch the dedication ceremony filmed by Channel70 Productions.

“It took me many hours of research to depict this dog accurately. My biggest reward was at the dedication, when all the veteran handlers came to me and shook my hand, thanking for the job well done.” 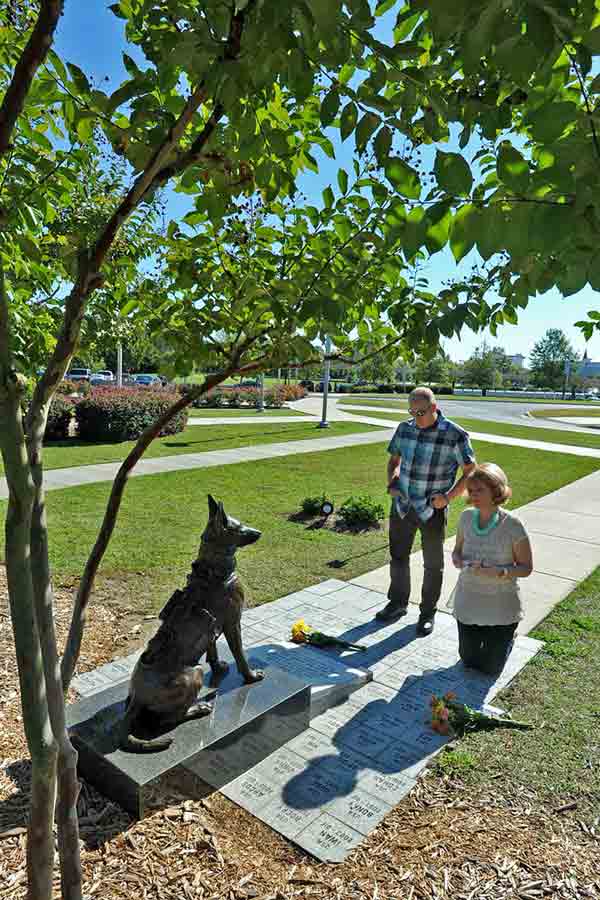 Rebecca Hartmann, with her husband, Steve Hartmann, place flowers and a photo on the paver stone for the dog Bahco at the canine memorial outside the Airborne & Special Operations Museum.

Photo by Johnny Horne, used with permission of FayObserver.com magazine. 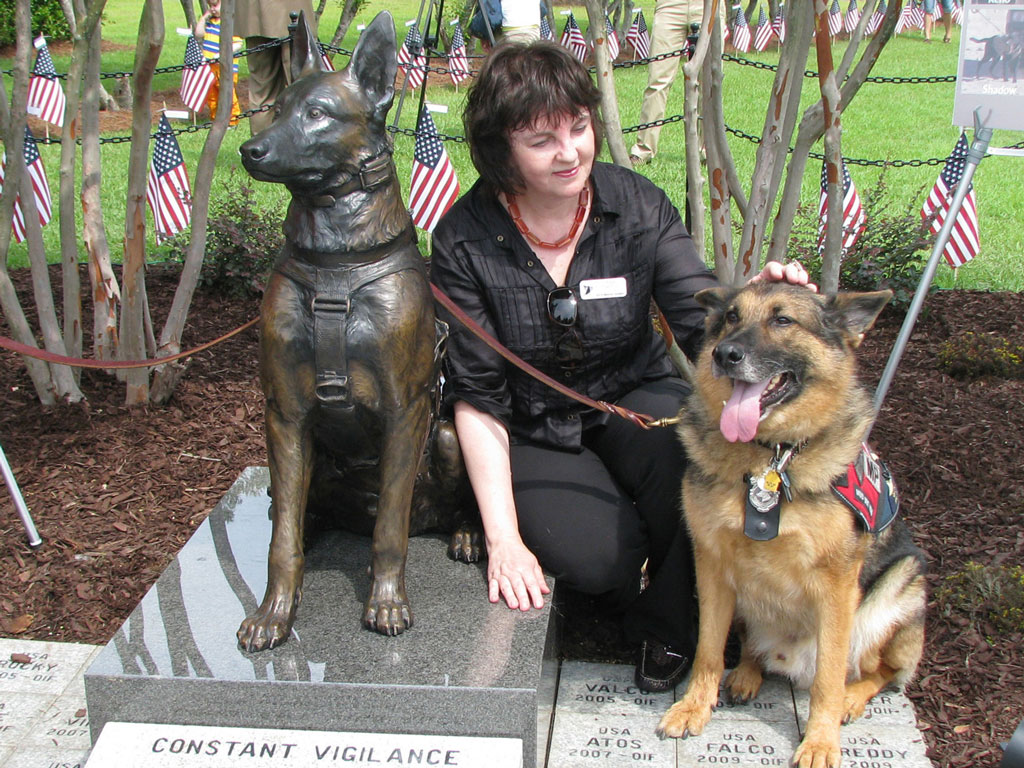 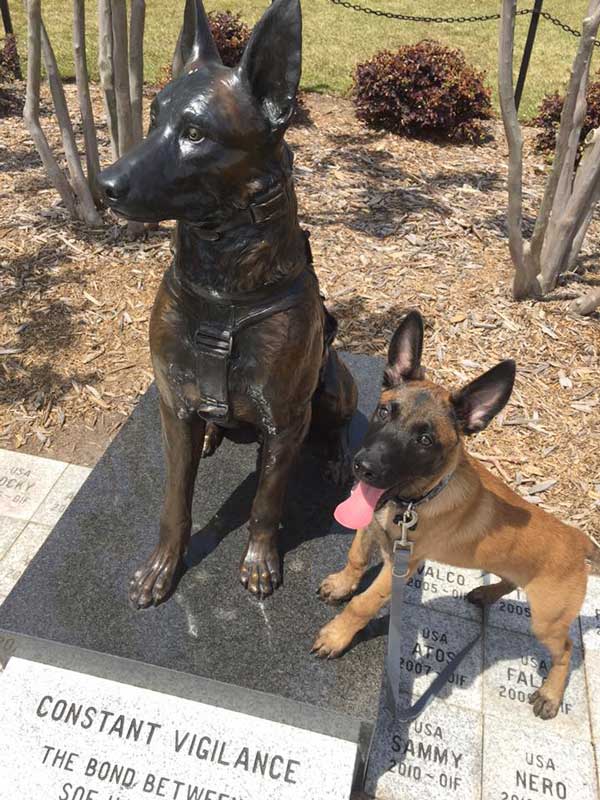 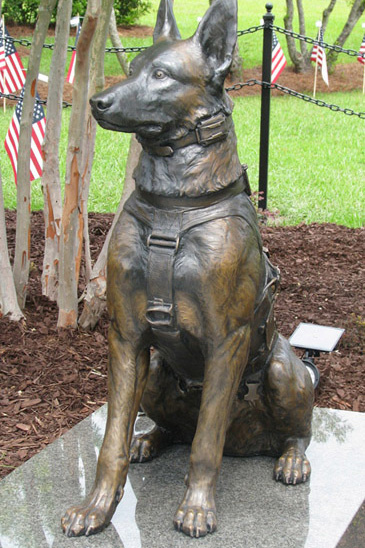 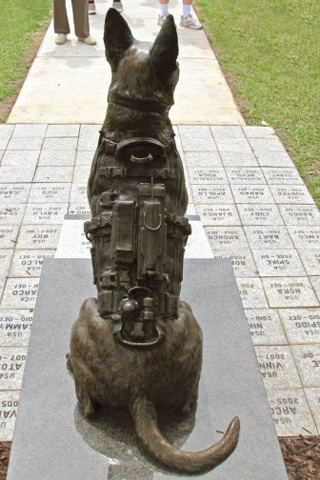 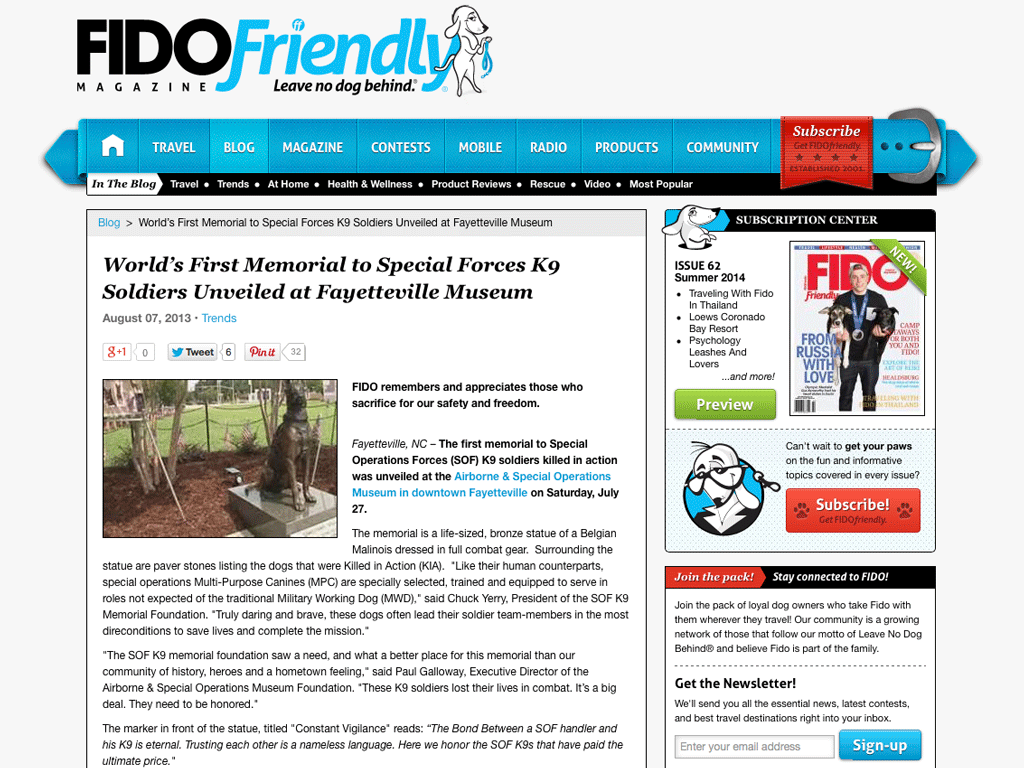 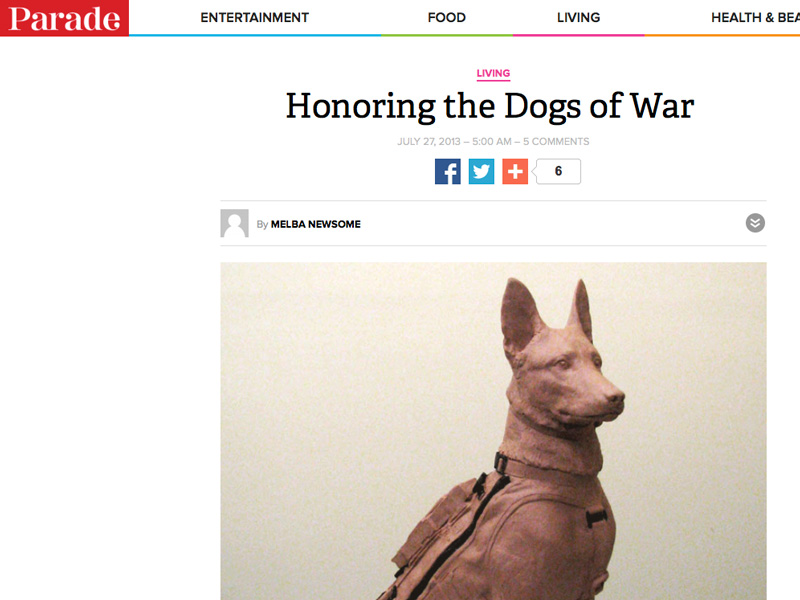 Toritch has also created K-9 Military dogs bronze monument for the U.S. Marines. The MARSOC Foundation has commissioned a life-size bronze monument of this special military dog dressed in Marine gear. It will be installed in Camp Lejeune North Carolina.
We use cookies to ensure that we give you the best experience on our website. By continuing on the website, you will be providing your consent to our use of cookies.OK