This larger than life sized bronze Veterans monument erected in Cascade, Idaho honors army Specialist John G. Borbonus. In April 2007, SPC John Borbonus was in Baghdad, Iraq manning a M240 machine gun in a primary guard position when an Iraqi dump truck filled with explosives came speeding toward the Patrol Base. Without hesitation or regard for his own safety John held his position, fired on the vehicle and shot the driver. John died in the battle but his heroism that day saved many soldiers’ lives. This custom military monument accurately depicts the proud and courageous solider alongside his weapon.

“John was such a happy kid and always eager to laugh. A traditional somber military statue would not reflect his personality. I imagined how he would pose for a photo to send home to his family, smiling and standing proud to be a soldier.” 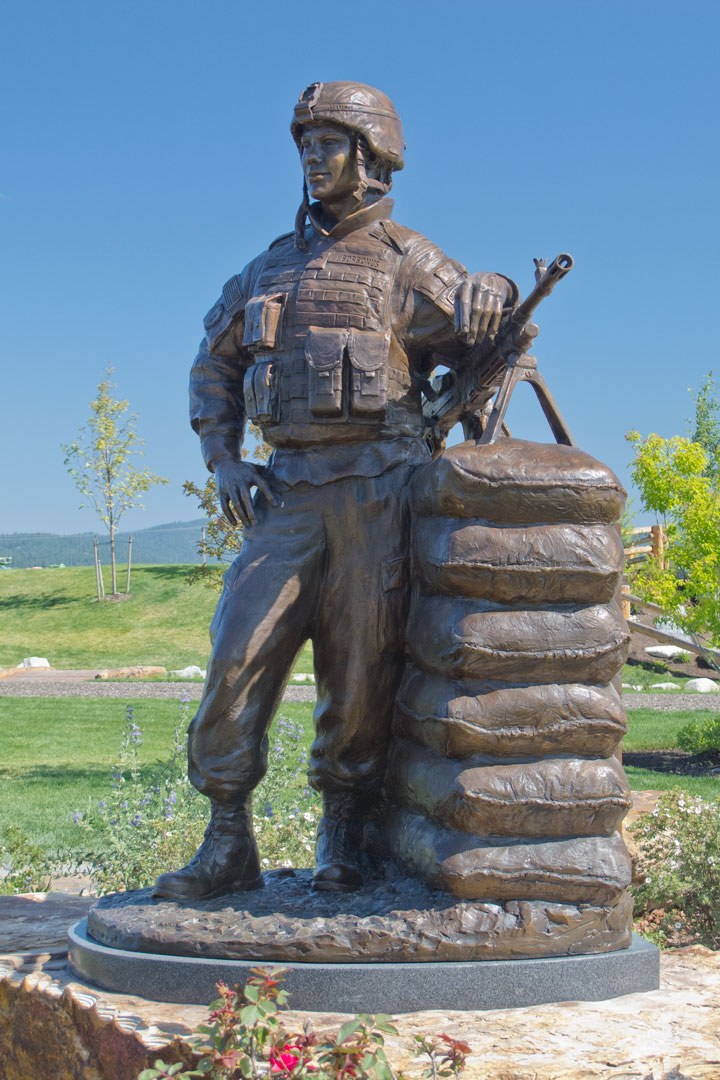 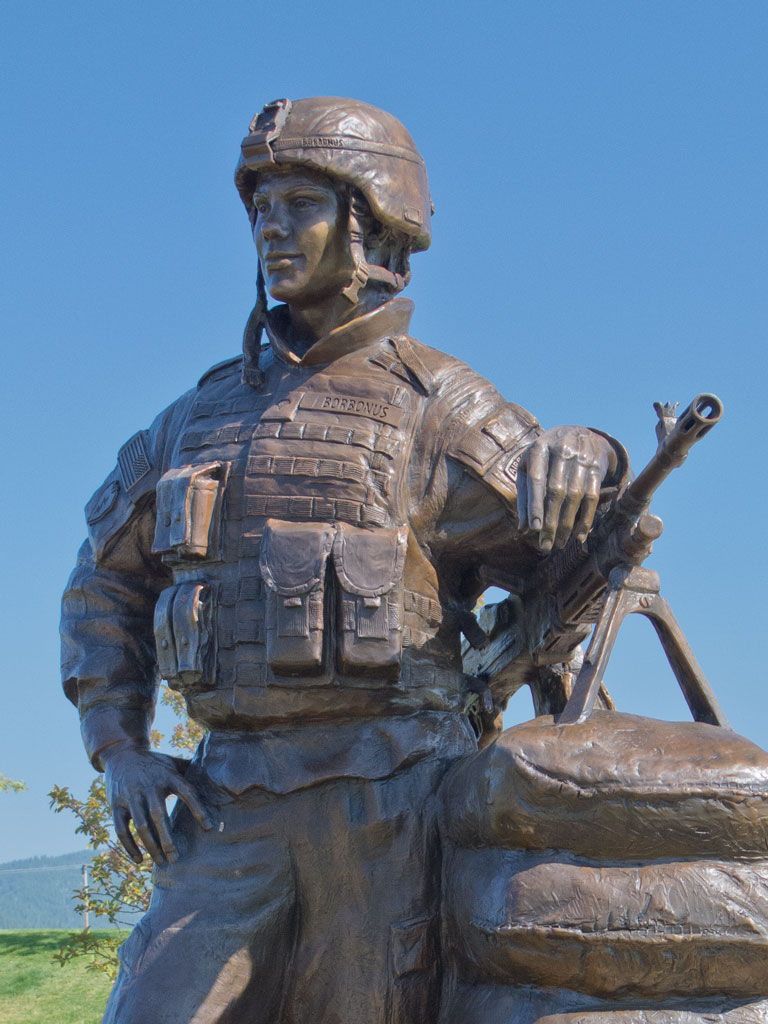 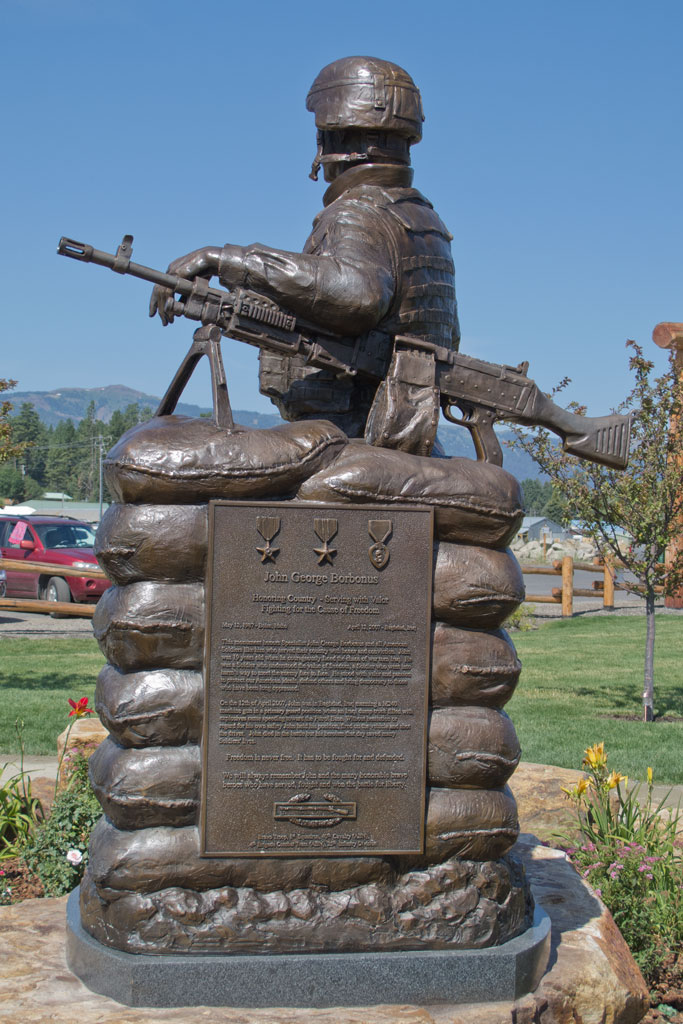 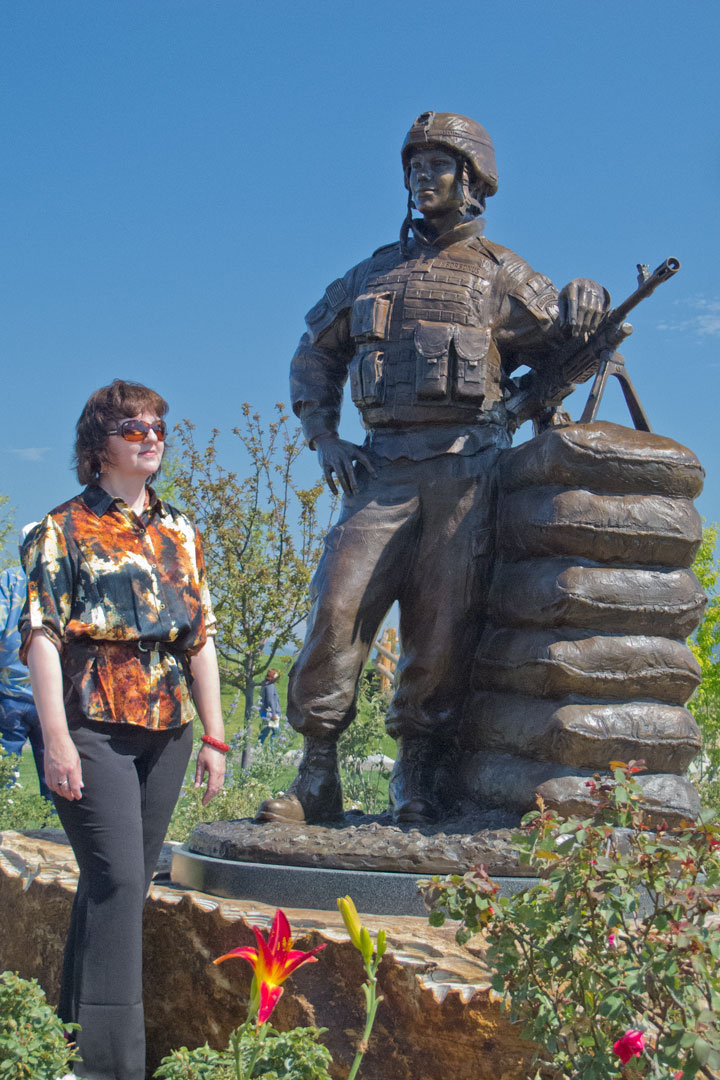 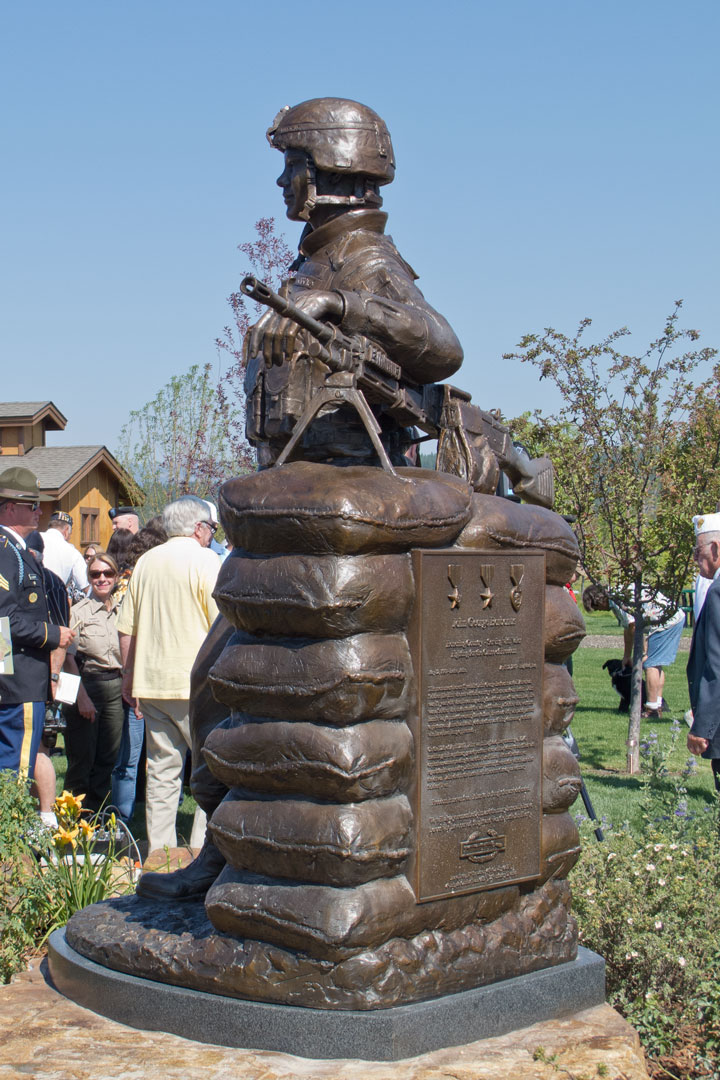 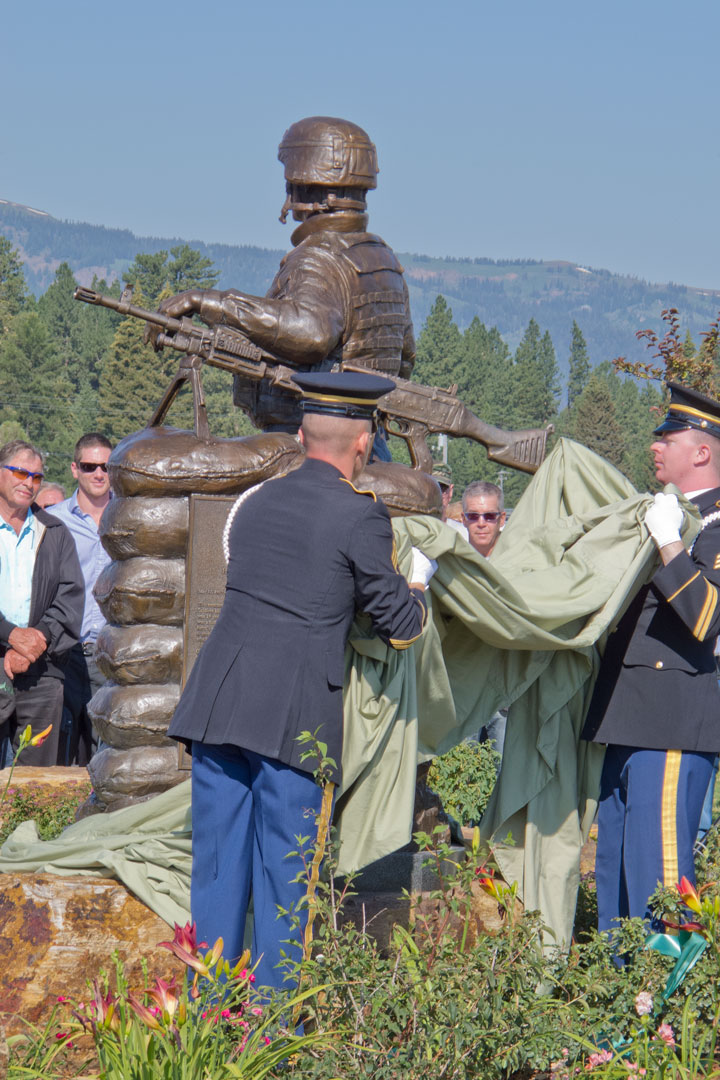