In 2007 Master Sculptor Lena Toritch won a national sculpture competition to create heroic size bronze monumental statues for the new Utah Law Enforcement Memorial. Each of her three bronze sculpture compositions captures the heart and inspires everyone who sees it. You can see the other two bronze statues on their individual pages: K9 Officer bronze monument and UHP Trooper bronze monument. This stunning bronze portrait monument immortalizes Rodney Badger who was the first Utah law enforcement officer to lose his life during the performance of his sworn duties. He died on April 29, 1853 trying to rescue a family whose wagon had overturned in Utah’s Weber River. He successfully rescued four children and their mother and died while trying to rescue two other children. Master Artist Lena Toritch sculpted Badger carrying an exhausted child who was just pulled out of the water. Rodney Badger is gasping for air. His wet shirt is clinging to his body. This bronze statue is a tribute to all law enforcement who save lives and help families through difficult times. This heroic size monument is one of three custom bronze statues that make up the Utah Law Enforcement Memorial Plaza on the grounds of the Utah State Capitol. Badger represents the county Sheriff. The other two bronze monuments represent city police and state police.

“We often think of the police as crime fighters. I decided to include the statue of Rodney Badger into the Police Memorial as an example of law officers who come to the rescue in times of hardship and disaster.” 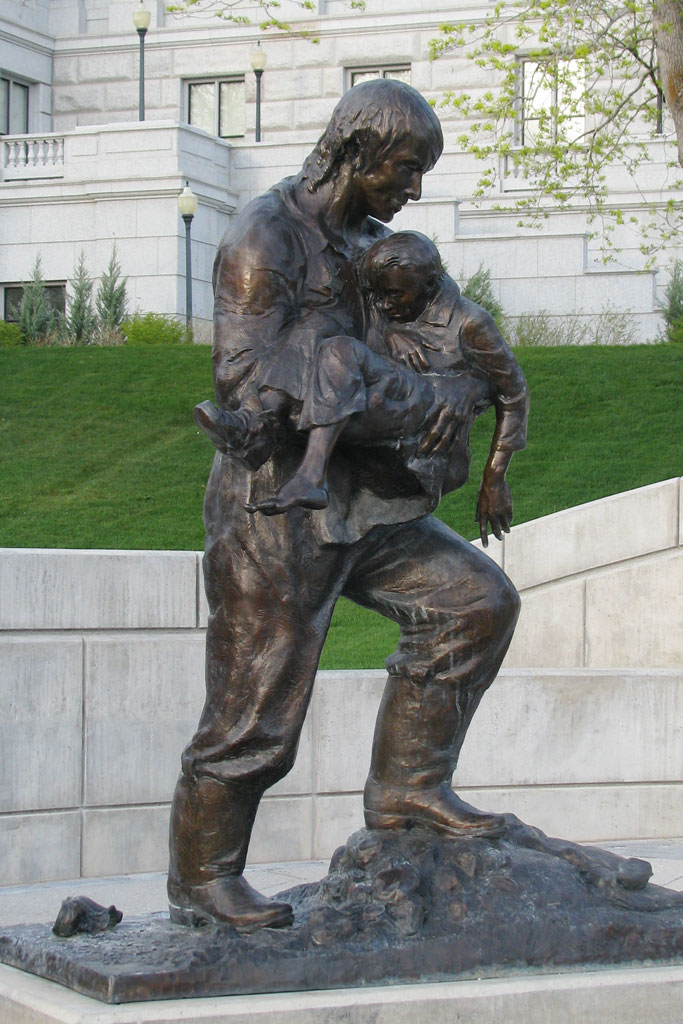 Rodney Badger was an early Mormon pioneer. He was twenty-three years old when he accepted the assignment to accompany a pioneer company to Utah. He was a strong athletic type young man who was an excellent swimmer, well trained as a woodsman, frontier scout. He arrived in Utah on July 24, 1847 with the Brigham Young Company. Later he was named as Sheriff of the Great Salt Lake County. Badger was fearless in the execution of his duties and took part in several Indian raids to protect the early settlers. It was this fearless quality that cost him his life.
On the day of his death in 1853, he watched as a young family tried to cross the Weber River with their horse and wagon. It was reported that  “the cattle became unmanageable, and the wagon went into deep water, and the bed with his wife and six children floated off. Mr. Badger, without hesitation heroically threw himself into the stream, and risked and lost his own life to save others.” 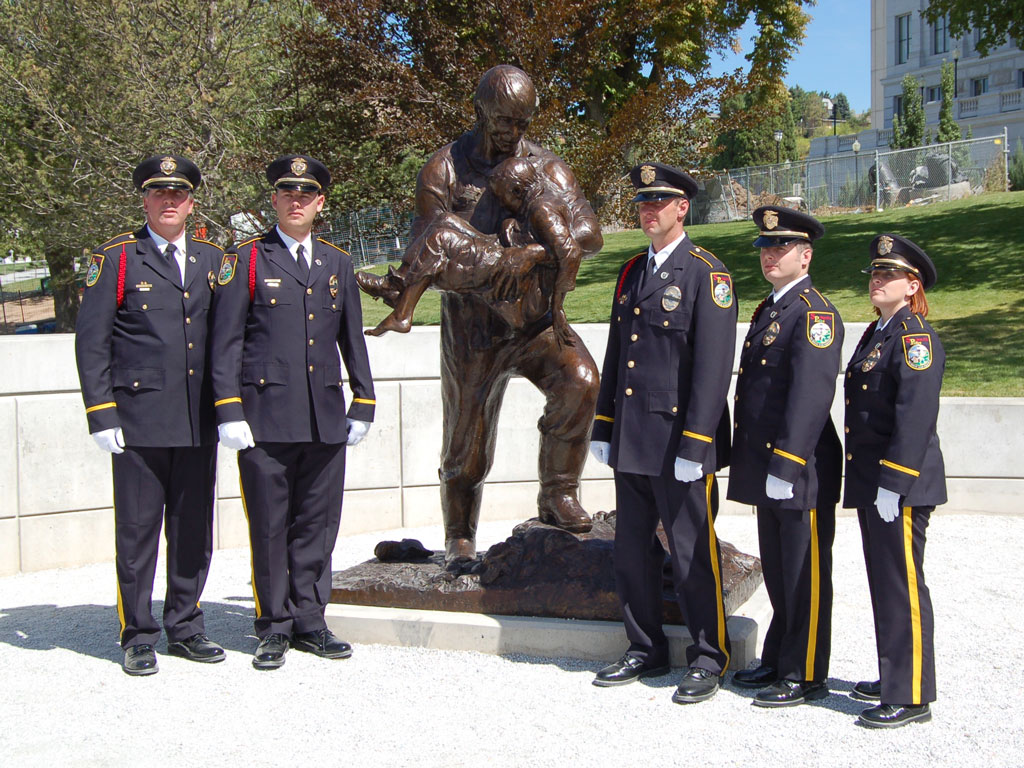 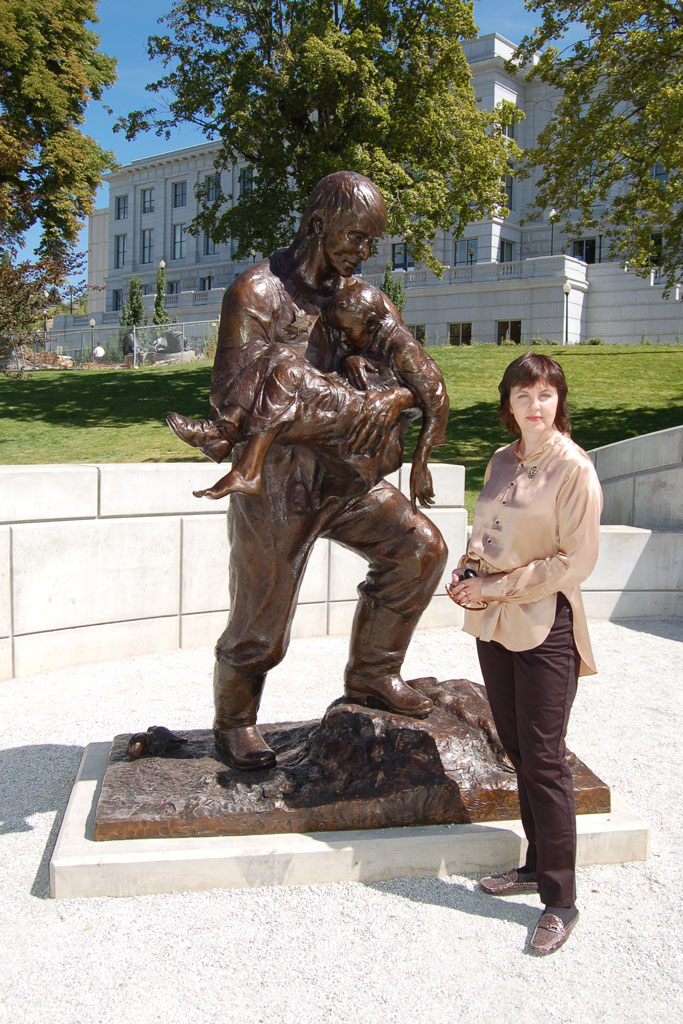 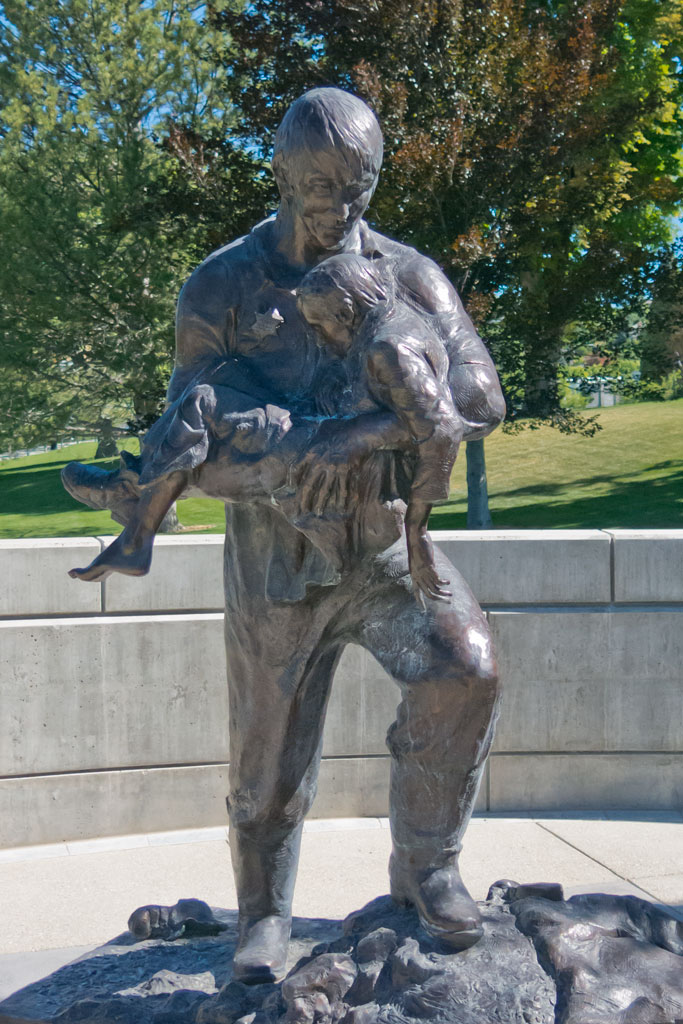