In 2007 Master Sculptor Lena Toritch became a nationwide sculpture competition winner to create heroic size bronze statues for the new Utah Law Enforcement Memorial.These commissioned statues were to reflect the bravery and sacrifice of the law enforcement and inspire everyone who sees them. Toritch designed a three statue composition that tells the story of Utah law enforcement. The bronze statues of UHP Trooper, Female K9 Officer and a bronze portrait of Deputy Rodney Badger symbolize the past, present and the future of Utah police force.

This larger than life bronze monument of a UHP Trooper (Utah Highway Patrolman) is the centerpiece in a trio of heroic bronze statues that make up the Utah State Law Enforcement Memorial Plaza on the grounds of the Utah State Capitol.

When Lena Toritch asked law enforcement professionals why they do what they do… many said it was because they want to make the world safer for others. So this heroic size state police officer is gazing reflectively at a photo of children. His uniform, badges and weapon are accurate in every detail. The hand of the trooper is open and positioned in a way to receive a child’s hand. It is an interactive and symbolic way to touch a hero who is no longer with us.

Lena Toritch is a professional artist  who is classically trained in realistic sculpture techniques. Her technical skills are unmatched. But it is her intuitive creativity and personal commitment to quality in every detail that makes her commissioned works of art so sought after. Whatever the subject matter, Toritch can create a monument that right for your community. Call (801)359-2451 to commission your custom bronze statue or memorial.

“I let the viewer decide what the picture in his hand represents. Is it his family? The family of a fallen friend? Or maybe something he found at a crime scene. This picture represents ALL families whose safety is in the hands of law enforcement.” 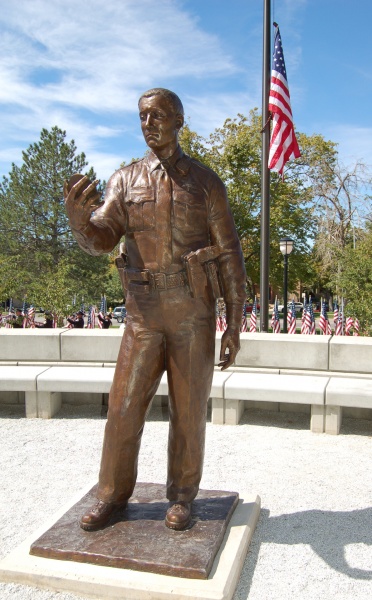 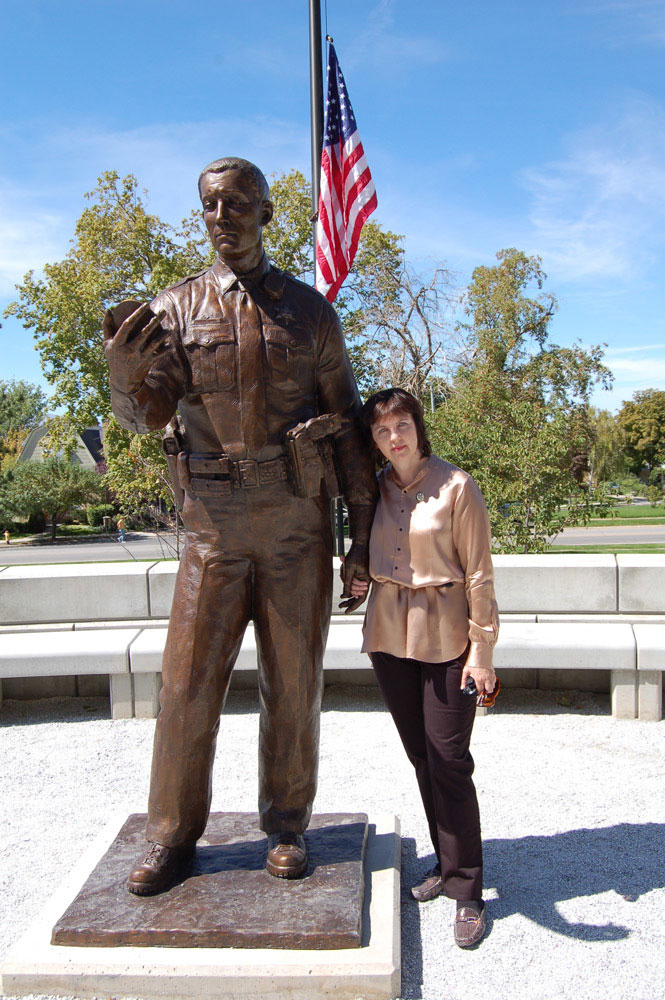 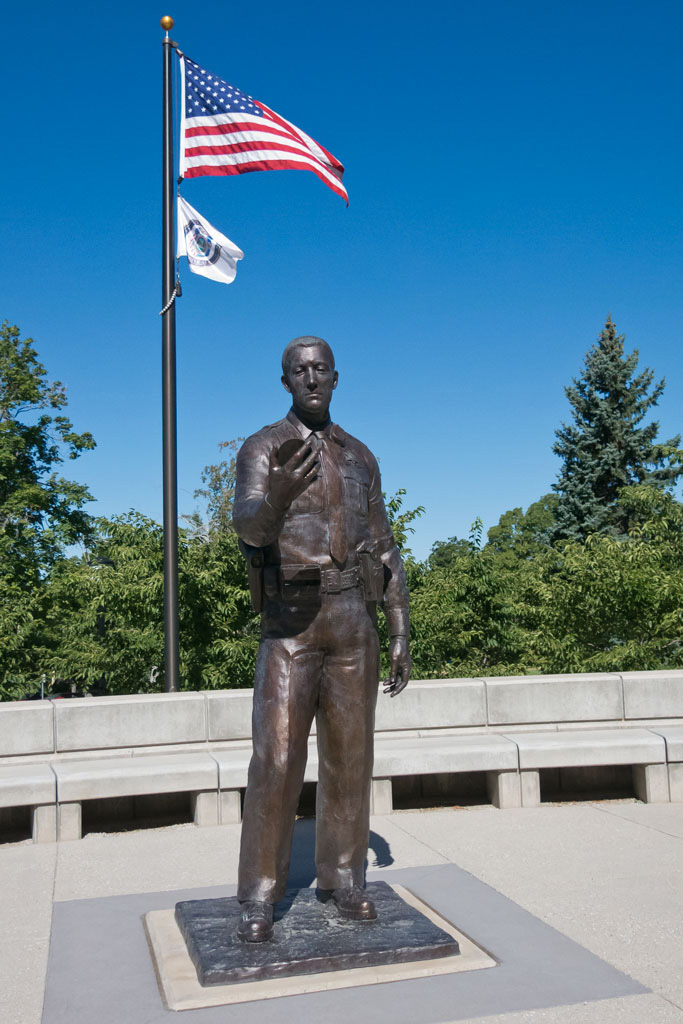 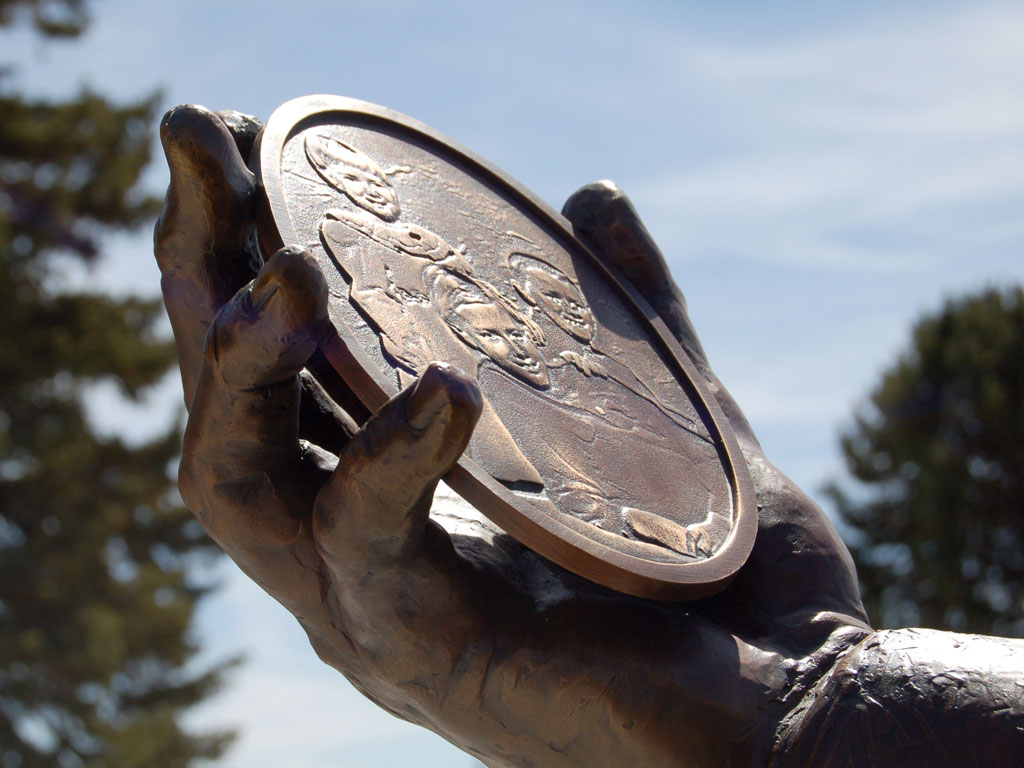